As long as hearts exist inside people, there will always be those who suffer.
When something "strange" enters their mind, a strange disease will manifest itself in their body.
The illness, which is called a "mystery disease" is unknown to most, but it certainly exists.
There is a doctor and an apprentice who can fight the disease, which modern medicine cannot cure.

His name is Ramune.
He acts freely all the time, is foul-mouthed, and doesn’t even look like a doctor!
However, once he is confronted with the mysterious disease,
he is able to quickly uncover the root cause of his patients' deep-seated distress and cure them. 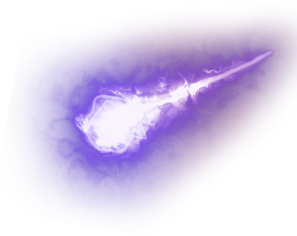 Ramune is a doctor who specializes in treating patients with "mystery diseases",
which are caused when something "strange" sneaks into the hearts of the weak-minded.
He is a foul-mouthed physician who is rude to most and very rarely understands the atmosphere around him.
However, he is a very skilled doctor who can quickly identify the root cause of any strange illness.
But because he always puts his patients first, he tries not to treat them too harshly.

Kuro is a junior high school student who is Ramune's disciple and works as an assistant.
He has good judgment and motor skills, as well as a rational mind.
It’s hard to understand his mood due to having a poker face and is always having to play the straight man when Ramune says or does anything.
Kuro trusts Ramune's skills as a specialist of mystery diseases completely.

The former owner of “Mysterious Wares Shop Akatsuki” who creates mysterious wares herself.
She’s currently only 9 years old, but she retained her memories of her past life where she lived to be a 103 years old.
She’s great at taking care of people but she also likes to provoke people when she can.
When she knows she can win in a fight, she tends to do dangerous things.

Ayame’s great grandchild from her previous life and the current owner of “Mysterious Wares Shop Akatsuki.”
He is very warm and kind and always smiling, so he’s extremely popular with the neighborhood kids who call him the smiley man.
He’s known Ramune ever since he was a child and they think of each other as brothers.
Because of a certain condition, he’s able to see his surroundings better than anyone else.